Day 1 of the workshop began with introductions and a discussion of the co_LAB ethos, highlighting the interdisciplinary nature of the workshop (with participants from performing arts, games computing, computer science, media production and psychology). Next up was a screening of a fantastic lecture by Sir Ken Robinson as part of the RSA Animate series.

The group discussed the contention that education requires a radically new paradigm, with creativity and divergent thinking representing key skills for the 21st century. This thinking resonates strongly with the principles of Student as Producer, of which co_LAB is a staunch advocate. The co_LAB workshop model engages learners in what might be considered a ‘community of practice’. Throughout the project students and staff from different academic contexts and backgrounds will be working in partnership, learning through discovery together to produce new knowledge and creative responses to the brief.

To introduce an element of creative problem solving (and to act as an icebreaker, since none of the participants had previously worked together), we ran our #Twitter_Bricks exercise we developed in last years workshop. This activity involved splitting the participants (a mix of students and staff) into 3 teams to work together to recreate the co_LAB logo in Lego. They were assigned a third of the logo but instead of just recreating it flat, each group had to turn their “node” into a tower and their “connections” into a span. The 3 segments would then have to join together. Sound easy? Well if all 3 teams were to work together in the same room then yes, it probably would be very easy. However, here’s the twist… the 3 groups were separated by being in different rooms and so therefore unable to directly communicate. This meant that we had to develop novel methods for communicating dimensions in order to overcome this problem. All the teams had the same briefing, and all had the same instructions and rules: 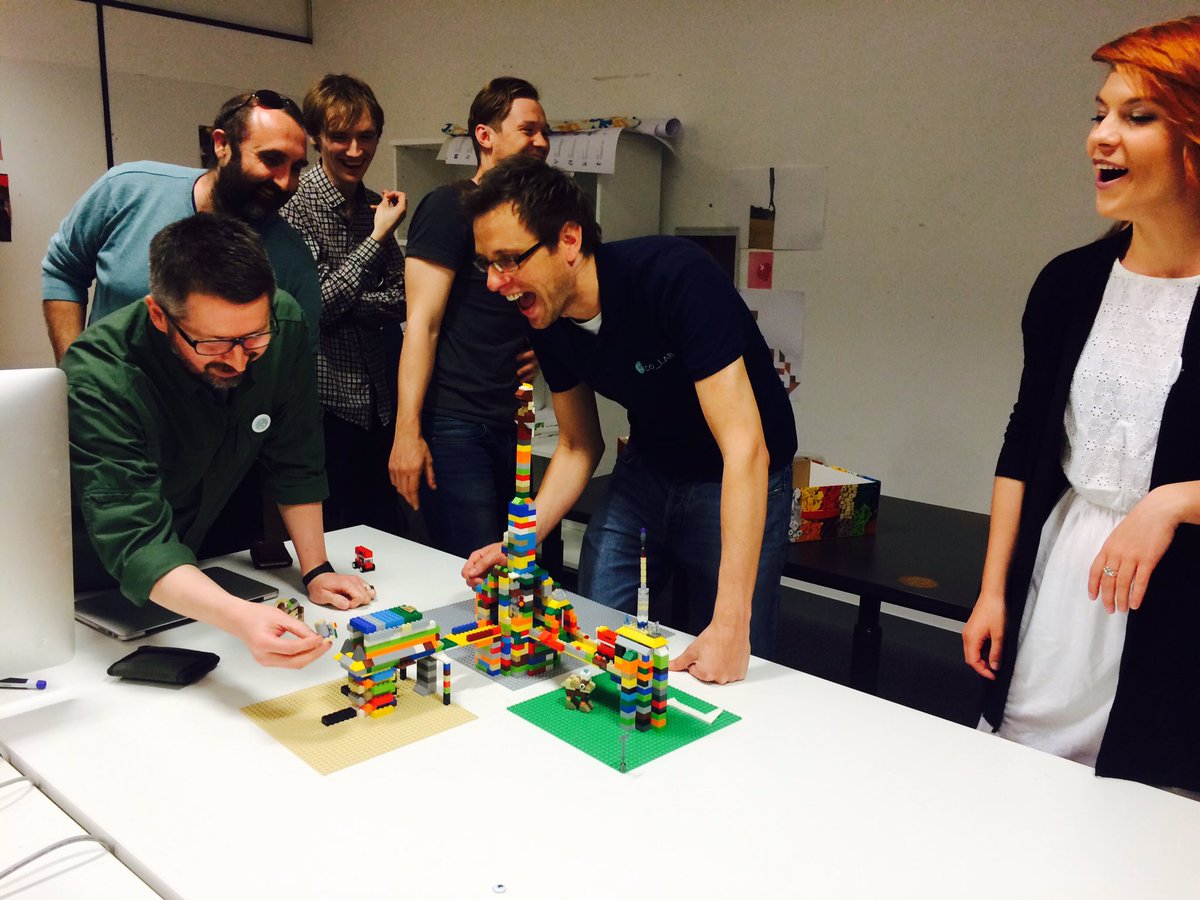 In the pre-workshop phase participants were tasked with contributing to a Google Doc, which was designed to get the students collaborating and to encourage them to respond critically to the following three questions:

As a follow up to this activity we discussed each of individual learning experiences, which resulted in some emerging common themes: learning best through the practical application of knowledge, through engagement with a variety of audiovisual content, and via social networks. To contextualise this trend we discussed ‘Connectivism‘, which George Siemens (2004) describes as a ‘learning theory for the digital age’. This framework views learning as a process that occurs within nebulous social, cultural and technological environments, emphasising the networked nature of learning. Connectivism is useful for understanding how to successfully facilitate learning in the 21st century as it underscores the significance of interacting with other learners, providing value across networks and communities by contributing to the sharing and co-creation of knowledge.

In the afternoon we introduced the brief to participants, which is to respond creatively to key the research questions of the AHRC-funded Academic Book of the Future project. This involves some speculation about the roles and forms that the ‘book’ may embody in the future. To aid this process we watched a number of videos of similar explorations of interactive/digital publishing to act as inspiration for our own designs. To further support our creative endeavors we explored the Design Thinking model.

According to this model, empathising with the end user/audience is a crucial starting point for all good design. To begin this process we turned our attentions back on our own learning experiences so we might understand the needs and requirements of different learners (from Level 1 undergrad students to lecturers with PhD’s). In order to help us further define the issues that need to be addressed in the ideation phase, we also generated ideas about the purpose of academic books. 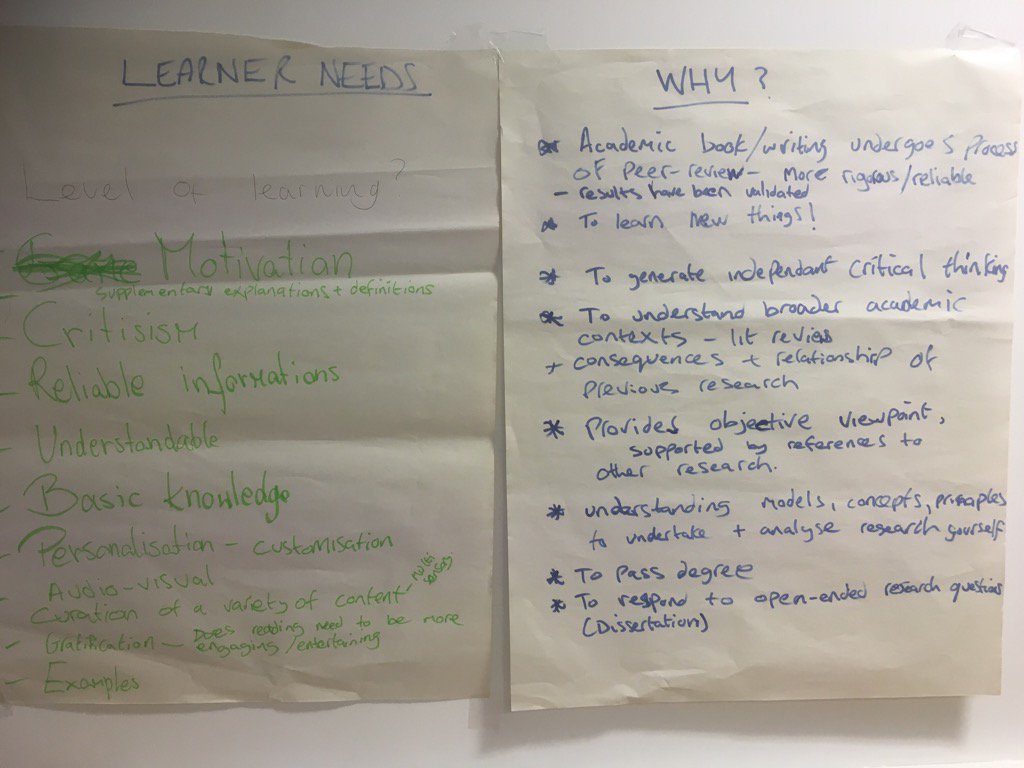